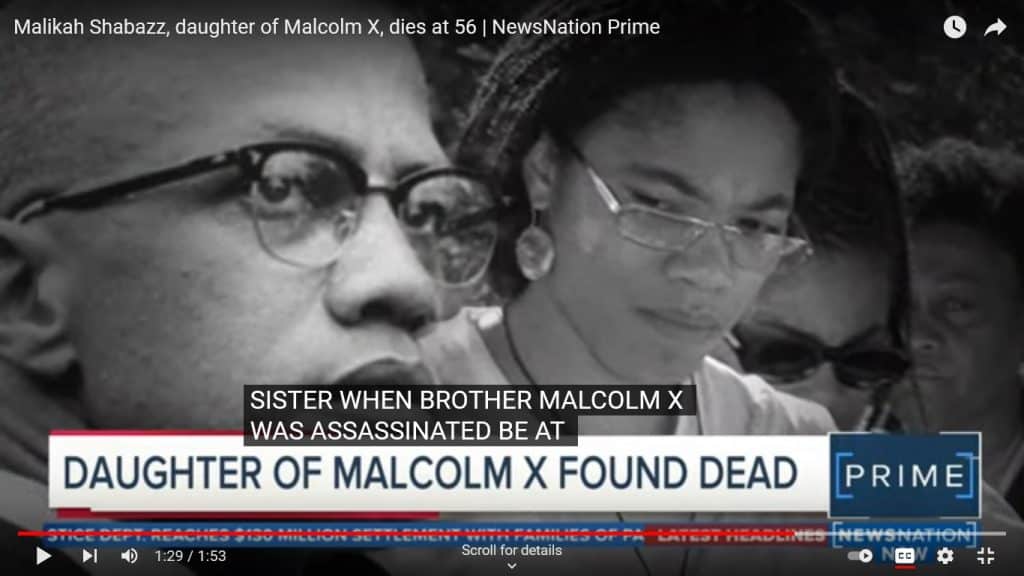 The news of the sudden death of Malikah Shabazz on 22 November 2021 was stunning. The announcement of the demise of the famous 56-year-old woman went viral. #MalikahShabazz trended because Netizens searched the internet frantically to find out more about her death.

Malikah Shabazz was one of the youngest daughters of Malcolm X, the famous civil rights leader who was killed on 21 February 1965. She never met her famous father but she followed in his footsteps. So, she became a renowned human rights activist.

When Did Malikah Shabazz Die?

According to Apnews, on Monday evening, 22 November 2021, the police were called to Malikah’s home East 28th Street Midwood, Brooklyn. They found Malikah unresponsive and unconscious and she was later pronounced dead.

See also  Shovel Girl’s Made Her Comeback On Instagram

According to a Brooklyn police spokesman, they have not yet determined how Malikah died. But, it looks like she died from natural causes. However, final medical reports will reveal more.

1. She didn’t meet her father

2. She has a twin sister

Interestingly, Dr. Betty Shabazz was expecting twins. She gave birth to girls; Malikah and Malaak on 30 September 1965. So, Malaak is still alive but their mother died in 1997.

3. Malikah has a daughter

Malikah Shabazz has a daughter Bettih-Bahiyah Shabazz and she is 24 years old.

4. Malikah was an activist

She became a human rights activist like her father and in 2015, she went to Paris to talk about her dad’s legacy.

5. She had problems with her sisters

In 2017, the police arrested Malikah and her daughter Bettih for animal cruelty but the court acquitted them in 2018.

In 2011, someone accused Malikah of identity theft. She pleaded guilty and got five years of probation.

Here is what some mourners had to say:

Malikah’s family said, “We are naturally devastated and shocked by the loss of our beloved Malikah.”

The world eagerly awaits official updates about the cause of Malikah Shabazz’s death. May she rest in peace.