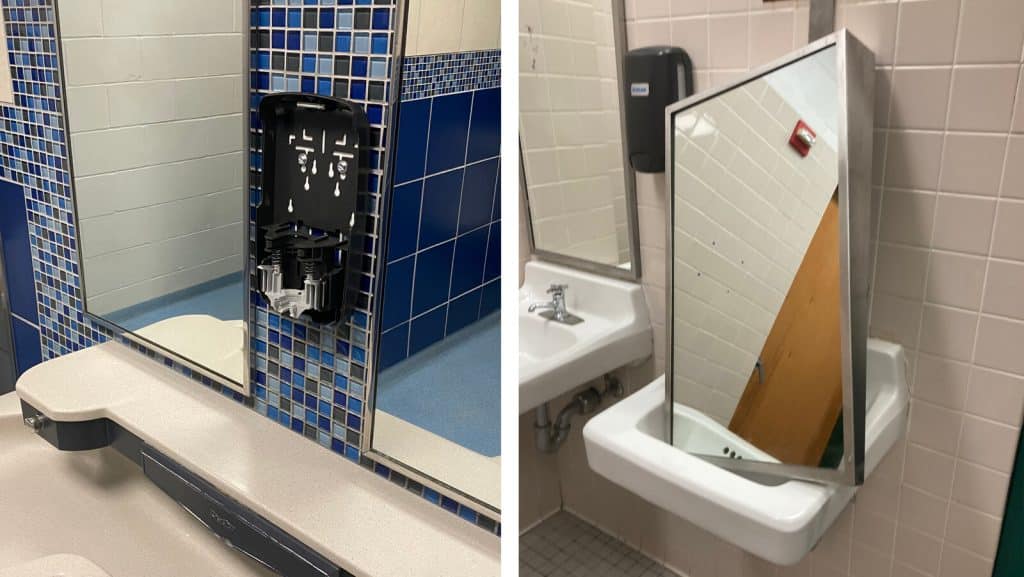 Students are damaging or stealing objects from their schools, especially from the bathrooms of schools; for that reasons, school officials and police relate this situation with a famous TikTok #trend presented Tiktok School Bathroom Challenge.

According to the administration of schools and police authorities, this damage is being blamed on a TikTok famous trend. Because videos of this destruction were posted on Tiktok along with the hashtag #deviouslick or #deviouslicks. According to reports, students are trashing or stealing school property in order to gain attention on social media(TikTok).

See Also TikTok: Dear Maria, Count Me In – why is this 2007 song trending?

Similar Cases Reported in Multiple States of US

Also Read Buss It Challenge Twitter Guy explained: So you don’t have to watch

A TikTok representative has stated, “We expect our community to be secure and develop professionally. And we do not support content that encourages or promotes criminal activity.”

Despite this, NPR was able to locate school-trashing videos by altering the wordings. Someone was carrying a bottle of crimpson and spotted pouring this all over a toilet—moreover, the wall of a bathroom stall in one video.

According to @Jacqueline Nesi

Tiktok really went from buss it challenges to stealing school sinks and toilets?